We want to say a very big thank-you to everyone who has donated to BC Cancer Foundation (BCCF) and took part in the Conconi matching campaign over the last 2 months. With your help, we were able to exceed the fundraising goal and make significant advancements towards the future of innovative, personalized cancer treatments.

We’re excited to report that the BCCF raised an amazing 2.3 million dollars through the Conconi matching gift campaign, which will go towards launching the pivotal immunotherapy clinical trials, a milestone achievement in cancer therapy. 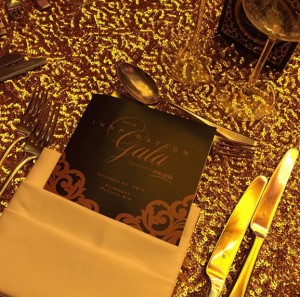 Last night, on Thursday, October 22nd, the BC Cancer Foundation (BCCF) hosted their 11th annual Inspiration Gala, with goal of raising funds to launch immunotherapy clinical trials by the end of the night. The elegant evening consisted of a cocktail reception, gourmet dinner, entertainment,, live auction, and a silent auction for 400 guests. 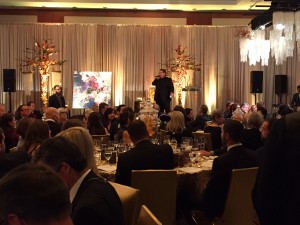 A portion of the evening at the inspiration gala was dedicated to a live auction. The last item that gala-goers were able to bid on was research. We raised our paddle and donated another $1 million dollars to immunotherapy research. That’s right, we’re donating ANOTHER $1 million that will go in support of the immunotherapy research lab at the BC Cancer Agency’s Deeley Research Centre in Victoria, BC, named the “Conconi Family Immunotherapy Lab”

“We’ve always known that the BC Cancer Foundation has a large community of supporters, and they have stepped up in a meaningful way making over $1.3 donations in only two months-time. That’s just remarkable. The money raised will help to move the needle for cancer treatments in B.C.,” said Alex Conconi, director of the Robert L. Conconi Foundation. 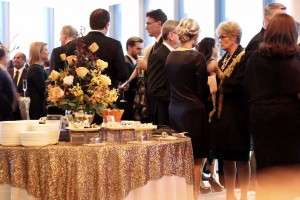 The gala was a monumental success and we are very excited to announce that over 4.2 million dollars was raised.

The immunotherapy trials come at a pivotal time for cancer treatment breakthroughs. The intent of the trials is to create a personalized approach to cancer therapy; a goal that the BC Cancer Agency (BCCA) has been working for decades to produce.

As a cancer survivor himself and a board member of the BC Cancer Foundation, Robert Conconi continues to be a devoted supporter of the BCCF and is thankful for all of the amazing care BC Cancer agency has provided him.