The Robert L. Conconi Foundation’s relationship with Cancer is a very personal one. In 2010, Bob Conconi was diagnosed with throat cancer; the same disease has claimed his father’s life 30 some years ago. Bob was treated through immunotherapy and radiation therapy and is now cancer-free, which is why over the years the foundation and Conconi family combined have dedicated approximately $2M towards various cancer related programs ranging from scientific research to financial support for individuals battling cancer, including even donating their $1.4M Pender Island home to the BC Cancer Foundation. Given that Feb 4th is World Cancer Day, we wanted to reflect on where the future of Cancer diagnostics and care is heading.

Since the beginning of this century, we’ve seen huge advances in Genomics that have helped us better understand cancer. The major theme we are seeing in medicine (especially cancer related fields) is personalized and targeted care. Thanks to data we are gathering from genomics there is a big push away from one-size fits all model and towards more customized, and targeted care. As such, some interesting developments are happening both in cancer diagnostics and treatment aspects. The cost of sequencing genomes has come down by about a million-fold, which makes targeted care more feasible. As the costs continue to decrease and as technology gets more efficient in processing genomes, we see not so distant future where highly specific and personalized treatments are a new standard of care. 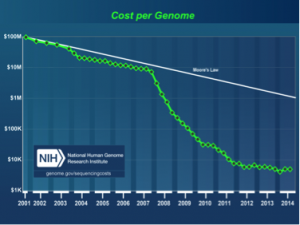 In terms of cancer diagnostic, we can all agree (and scientifically prove) that catching cancer early is a good thing and increases the odds of “curing” it. Identifying probabilities of developing cancer before it happens is even better. Accurate and timely diagnostics is a problem as it continues to be more art then science. To help us close this gap, Google X lab and Miroculus are two examples of where the diagnostics technology and research is heading. 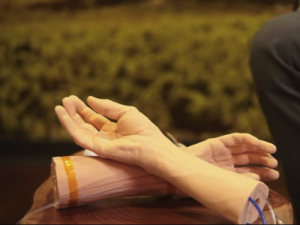 Google is developing a wristband to detect cancer cells.

Through their goal of changing Cancer treatment from reactive and transactional to reactive and preventative, Google X is creating a wristband that aims at diagnosing cancers at a much earlier stages than is currently possible. Google is designing a suite of “nanoparticles” which are intended to match markers for different conditions and can be tailored to stick to a cancerous cell or a fragment of cancerous DNA. 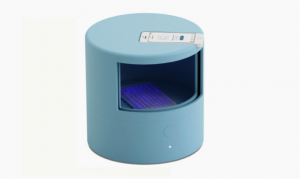 Another example of where the future of diagnostic is heading is through a start up company called, Miroculus, who are radically improving early cancer detection, with a non-invasive device that functions by looking for microRNA in the bloodstream, which can point to the presence of different types of cancers at very early stages. Detecting cancer early on gives medical professionals a better chance of curing it, and we have seen some organizations advance or lead the charge in cancer treatments.

Current default cancer treatment model is as follows: surgery + radiation + chemotherapy. This is very harsh on the body and in addition to killing cancer cells it also damages healthy tissues.  Immunotherapies can boost a patient’s own immune system to fight cancer. In 2013 Cancer Immunotherapy was named a breakthrough of the year by Science Magazine. The reason for this is that recently more evidence has emerged through the clinical trials to show that targeted cancer therapies can eliminate cancer, with minimal collateral damage to healthy cells. We are very excited about this field and are following closely the latest developments in immunotherapies.

It is to early to tell what will be the new standard of care 10-20 years from now but it certainly looks like we will see a shift from the traditional approach to something more proactive, specific and targeted. We also believe that British Columbia through the BC Cancer Agency will continue to contribute and advance this field. Some of the most recent activity at the BCCA includes an initiative for innovative cancer treatments, and recently raising a record $5M, which will go toward the world’s first Personalized Onco-Genomics (POG) Program, a truly personalized strategy for cancer therapy. RLCF is thankful and proud to be contributing to the evolution of cancer research in British Columbia.

Comment below to tell us where you think the future of cancer research is headed. You can also chat with us more on social media: