On Saturday, October 29th, the BCCF (BC Cancer Foundation) hosted its annual Inspiration Gala at the Fairmont Hotel in Vancouver, B.C where they were able to raise $3.05 million towards the launch of a new anti-cancer initiative known as NETRACER, a radionuclide oncotherapy program. The Robert L. Conconi Foundation has consistently and steadfastly supported the BCCF, and is delighted to acknowledge the success of the annual Inspiration Gala. NETRACER is now projected to be operational next year. 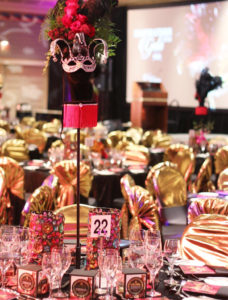 The evening was an incredible success, including a cocktail reception, gourmet dinner, entertainment, live auction, and silent auction for 450 guests. Some of the most notable parts of the evening was a $1 million donation that was made during the live auction event and the $3 million goal that was exceeded after the generous donation of $300,000 by renowned philanthropist, Diane Walsh.

The donations will benefit cancer patients in the province of British Columbia, as NETRACER aims to provide oncotherapy modules that were previously only obtainable outside the province, or even outside Canada. Consequently, patients diagnosed with neuroendocrine tumors (NETs) will no longer have to travel outside British Columbia to receive the required life-saving treatment.

The NETRACER program is expected to not only improve the management of neuroendocrine cancer in the province, but to also boost the quality of life of affected patients by reducing their suffering and optimizing their health status. Cancer survivors such as Ann-Britt Everett, who was diagnosed with a neuroendocrine tumor, expressed her delight upon learning that NETRACER will afford her this specialized treatment in her home province. She further acknowledged this treatment approach as being a life-saving, effective, affordable, and available option for patients living in Canada. 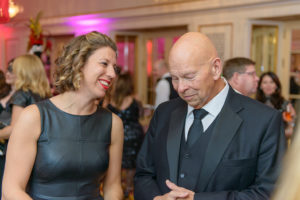 The President of BCCF, Sarah Roth, expressed her gratitude and also acknowledged that the Inspirational Gala has made an immense contribution towards the actualization of NETRACER, a first-in-Canada innovative cancer therapy.

It is projected that 26,000 people will be diagnosed with cancer in British Columbia in 2016 and the NETRACER program will help in managing cancer prevalence. With cancer research close to Robert Conconi himself, The Robert L. Conconi Foundation would also like to express its appreciation of the Inspirational Gala, which has allowed BCCF to raise enough funds for the NETRACER program.

Evaluating How We Care For Our Seniors