Charitable Foundations in Canada – An Introduction

Do you know the difference between private and public foundations and how they both operate? While they are both considered charities, there are some key differences between the two. In this week’s blog, we explore the two types and how RLCF fits into the landscape. First, we’ll take a look at the landscape of philanthropy in Canada.

According to the Income Tax Act, there are three types of charities in Canada:

Charitable organizations differ from foundations in that they carry on their own charitable activities and do not make grants. While public and private foundations aren’t as numerous as charities, they still make a significant impact in Canada’s charitable sector. Here are some numbers to know: 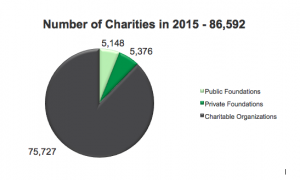 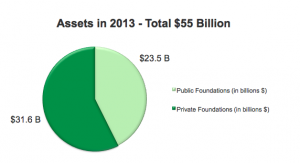 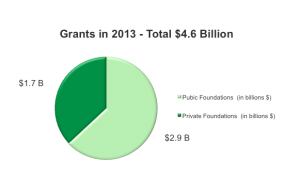 Private vs. Public – What’s the difference?

Both private and public foundations are charities, with a few differences.

A private foundation is controlled by a single donor or family through a board that is made up of a majority of director’s at non-arm’s length, this is what the Robert L. Conconi Foundation is. Private foundations do not need to raise money as other non-profits need to, or earn it like a for-profit company. In this way, they have the freedom to take a larger view of problems and consider far-reaching solutions.

If you’re looking into supporting or partnering with a foundation of any kind, it’s important to consider their mandate and model. Who are they giving to, and how are the giving it? Do they support the same values as you? Asking these questions will help you find an organization to best suit your interests and passions.

How does RLCF fit in?

The Robert L. Conconi Foundation is a private foundation, with a focus on the areas of health, education, arts and economic security in British Columbia. We have two granting programs, The Conconi Legacy Grant and the Conconi Challenge Grant. You can read more about these grants and how to apply here.

We’re dedicated to not just donating money to charities in need but instead be truly engaged with decision-making and investing our time, expertise, and network into our grantees. As a foundation, RLCF doesn’t fundraise and people do not donate to us directly but can donate to the charities we support. We don’t just passively donate to charity; we want to facilitate real change in the organization or community and leave a lasting impact. To find out more about how we have been achieving this, check out some of our past blog posts:

Want to learn more? Visit Philanthropic Foundations Canada or Community Foundations of Canada for resources and information. You can also reach out to us on social media if you have any questions: